Do mothers who suffer migraines have more colicky babies?

Mothers who suffer migraines have more colicky babies. An interpretation by Christian Bates

This piece of research has been published this week, the link to the press release is at the bottom of the Blog.

Infant Colic Is Associated with Maternal Migraine
Considering my “thing” is investigating the CAUSES behind colic I was surprised to find this one appear; that mothers who suffered migraines had babies with more colic, in fact they were 2.6 times more likely in the group they studied.
The conclusion of the study was this:

Maternal migraine is associated with increased risk of infant colic. As migraine has a strong genetic underpinning, this association suggests that infant colic may be an early life manifestation of migraine.
The conclusion suggest that because migraines can be genetic then the babies are actually having a migraine. Poor things! They have only just been born, pure and lovely and already they are getting a migraine.
This is great research and it gets me thinking. What else could this indicate I wonder? And I have had a thought… The research doesn’t distinguish which mothers were breast feeding or formula feeding. This seems like a major flaw to me as individually these can cause colic too in their own separate ways. It is well documented in my book Calming Colic that foods the mother eats can have an aggravating affect on colic, the top offenders being dairy and wheat, but there are many others.
From my experience of treating migraines in adult patients I know that I will be looking into their gut flora, bowel and digestive health and food allergies. It is highly likely that migraine patients have bowel issues. In Calming Colic I have a section on bowel issues aggravating colic. Can you see the connection I can see? I believe there is a high chance that the mothers in this study that had migraines may have had bowel issues like low friendly gut bacteria and probably food allergies. Known migraine aggravators include dairy products like chocolate, cheese, especially blue cheeses. Often this is due to poor digestion of the foods due to low stomach enzymes or poor gut flora. When these are corrected the migraines significantly improve. What if the mothers in this study were eating these foods that trigger both migraines and colic and they were breast feeding? Of course, if they were bottle feeding then what I propose here wouldn’t be the case at all, but I don’t know this from the information given.
What do we know then? Migraine suffers in my experience have a poor balance of good gut bacteria, colicky babies are known to have a poor balance of good gut bacteria and babies pick up their gut flora from their mother at birth. A mother suffering migraines therefore may not pass on the best gut flora to her baby which results in colic.
By Christian Bates
Author of Calming Colic
For more information on how to help your babies colic you can buy Calming Colic here:
https://www.calmingcolic.com/index.html 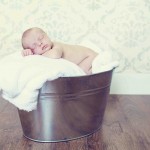 Can antibiotics cause colic?