Considering I wrote Calming Colic how can I agree colic doesn’t exist?

Well, interestingly I do agree with this somewhat, I also disagree too!

The term colic is universally known and the NHS website is referring to it, it is just stating it is unknown and has no cure, that doesn’t mean it doesn’t exist. Most parents that bring their babies to me bring them with “colic”, whatever they think that may be. What is commonly thought is that it is an unsettled crying baby that has tummy / wind pain. From this perspective I think that colic exists, it is a useful term to use and parents know it.

This is why I agree that colic doesn’t exist. Because colic is a SYMPTOM that has underlying CAUSES. This is the whole point of Calming Colic, it looks into the underlying causes of a babies colic and discomfort. Once you know the causes then you can put solutions in place to help and there are a number of causes.

As a cranial osteopath I will ask about birth traumas, a forceps delivery for example. Cranial osteopaths believe that traumas from birth can leave tension in a baby’s heads and body. These tensions can alter the functioning of the gut. This is known physiology, there is nothing whacky about this, the nerves that supply the gut come from the head and spine. Therefore if there is some compression in the baby’s low back for instance the nerves maybe irritated and change the correct functioning of the bowel. Perhaps it slows the bowel peristalsis down, causing the baby to be constipated so trapped wind accumulates giving pain / colic.

So does colic exist in this scenario? Yes, because we have a windy, in pain baby. But no because we have a baby who has birth tension, causing gut function change, which has caused constipation and trapped wind. Using cranial osteopathy relieves the tensions, allows the gut to function better and you get some nice regular poo’s and pop’s and a happier baby.

I hope this has clarified my position on whether colic exists.

I hope you are well 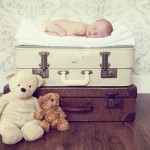 Why does colic happen in the evening? 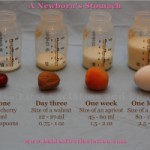 How much milk can a newborn’s stomach hold?