Why colic incidence will increase

I believe that as with many other diseases and health problems of the modern world, the incidence of colic will continue to rise.
Many people might say that if colic is simply wind, then why would it rise? Or if colic is caused by immaturity of the gut in newborns, then again why would it become more of a common problem then it is already? The answer is it will rise, because there are many more reasons behind the causes of colic than the ones stated above:

In my clinic I see a distinct difference between C-section babies and vaginally born babies. The C-section babies can display both irritability and an increased likelihood of colic. Research confirms this, revealing that quicker births, lead to increased colic. Also C-section babies have alterations in their make-up of gut bacteria, which in turn leads to an increase in colic cases.
C-sections rates are currently at the highest ever level, accounting for 25% of all births, which in turn has pushed the number of colic-troubled babies up too.

Research reveals that stress in mothers is linked to an increase in colic in the baby. Primarily the stress hormone cortisol is passed from mother to baby and higher cortisol levels in the baby have been linked to colic. So is colic going to increase because of this? More mothers than ever are working longer hours and closer to their due date, returning to work also sooner than ever before. This will cause cortisol level increases that passes onto their baby in the tummy that in turn will aggravate colic. Therefore, more life stress equals more colic.

Another major cause of colic is the foods eaten by the breastfeeding mother. There are a number of foods that irritate colic by transferring to the baby through breast milk. Research reveals, the main culprits are dairy products and wheat. These are also the main culprits of digestive issues and allergy/intolerances in adults too. The question is are modern diets getting better or worse? Research reveals that as a nation on the whole, our diets are getting worse, as they involve more processed foods, are more toxic and contain more of the foods that aggravate colic. If the foods make us ill then why wouldn’t they make a breast fed baby colicky too?
Colic will be increasing in incidence because the foods mothers are exposed to in greater frequency are colic aggravators.
Four of the e-books that you receive for free when you purchase Calming Colic offer advice on healthy eating for the new mother. They include e-books on common mistakes new mums make, healthy eating advice for the new mum, a healthy eating cook book for the new and breastfeeding mum and safe weight loss for the new mum and breast feeding mum.

Even though breastfeeding figures are on the way up, the number of formula fed babies is still high, with figures revealing that 83% of babies are exposed to formula milk at three months. Formula can be an aggravator of colic, due to the protein in the cow’s milk that is in it and the lack of enzymes in a baby’s gut to digest them. Also unlike breast milk, friendly gut bacteria doesn’t exist in formula.

The Daily Mail recently printed an article called “Antibiotics Armageddon”. The gist of the story was that bugs are becoming resistant to antibiotics due to their widespread usage. I have definitely seen a rise in my clinic alone in the number of mothers and babies exposed to antibiotics in the first few weeks of the baby’s life. With antibiotics causing flora imbalances, which in turn causes colic then this is yet another reason for the rise in the colicky baby.

The future health of your baby

The relevance of your baby’s birth and whether they have colic has an important influence on your baby’s future health. There is research emerging that links types of births, like C-section and antibiotic use to future illness like food allergies, eczema, asthma, obesity and more I’m sure will be discovered. This mainly is due to gut bacteria imbalances that are mentioned in this article. This is vital information to understand for you and what simple measures can be done to correct these issues. This is what my book Calming Colic is also about and all the other material I have produced supports, not just current colic but the future health of your baby too.

Christian has been an osteopath and naturopath for nearly 20 years. He set up The Perrymount Clinic in 2009 and specialises in treating babies and children. The Haywards Heath based clinic has won numerous awards, with Christian winning the prestigious ‘Complementary and Alternative Medicine Practitioner Community’ award for his work with babies. Christian’s mission is to educate parents so they understand there is help for their crying, upset, non-sleeping baby.
In 2014 Christian wrote the book ‘Calming Colic – How to Help the 10 Causes of Colic’ and has since written numerous other e-books all focused on helping mother and baby. This book is available to purchase at www.calmingcolic.com. Six mother and baby help e-books are currently being given away completely free on purchase of the Calming Colic book. Calming Colic takes you through all the reasons a baby can be upset, advising on how to help ease the colic as well as what to look out for in the future help of the baby as it can be an indicator of future health issue
When you purchase Calming Colic from this website you will receive a further 6 mother and baby help e-books absolutely FREE. 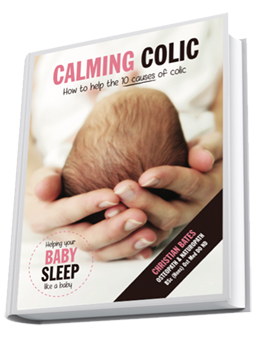 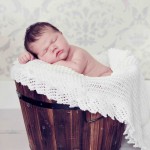 Do you have a hungry baby? 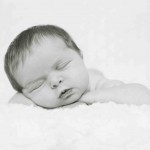 Is lactose really the baddie when it comes to colic?