Was your baby premature?

Why probiotics can help them?

So, in this the science behind Calming Colic.  I’d like to look at probiotics and premature babies.

I found really lovely research on this years ago. It went into my calming colic book which is part of this course that’s in the resource section that you can download, it’s on Amazon and Calming Colic.com.

So, it was how probiotics can be really beneficial for premature babies.  Now big thing one of the big things with premature babies is they’re you know they need a bit of help with their lungs and also their digestive systems.

So, we could think in basic terms that the digestive system is weak. But a premature baby can be really prone to this necrotizing enterocolitis which is like a serious disease of the gut.

So, well known that they can suffer from that this is very premature babies. Okay, so,  a university in England, in the UK,  did a really lovely sunny.

They’ve been giving probiotics to premature babies for ten years I think. So, they then create all this data together and they found that there was half the amount of this NEC.

This colitis in the premature babies and they also found that there was half less of. Let’s have a look at sepsis cases.

So, it went from seven-point five to three-point one with their necrotizing enterocolitis and from twenty-two point six percent to 11.5% sepsis in those cases. So, they are obviously overjoyed over the moon.

So, again this is really lovely research backing the use of probiotics in babies. Now, these are really premature babies.

But let’s take a little bit of a slant on this research isn’t what this said.  But if the probiotics can help these babies who are really in need and kind of predisposed to this serious gut problem.

Then if your baby’s also premature doesn’t have to be this premature. I would think that they would benefit from the probiotics as well. So, in my practice, it’s another one of the sorts of checkboxes on my list that if a baby is premature maybe the digestion is a bit weak. 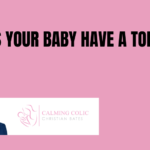 Does your baby have a tongue tie? 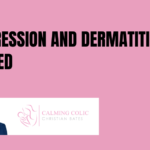