Introduction to the Science of Calming Colic

Some science research videos to help you and your baby

So, this is an introduction to the science behind Calming colic. Calming colic, being my book and the wrap for everything I do to help babies.

Loads and loads what I do is based on science in research. Now, how good the research is you know there’s an argument there.

But I try as much as possible to base what I am doing to help moms, babies, parents, and babies on science. So, it’s either putting together my experience which is over 20 years now of helping babies and putting the science together.

Then making that kind of a stronger solution to help you. This actually originally started 20 years ago when I started to see that antibiotics were triggering lots of colic in babies.

So, I went into the science researched it and found that yes it was true there was science out there supporting that.  Yet mums were told absolutely that they did not affect their babies “ If the mom had antibiotics it would not go through in the breast milk”  that was not what I was seeing.

I was giving this to the parent then that’s why I thought you know what this could be a book, I  carried it on,  and we wrote a book. But it was because I was listing out the science.

So, the mum who had brought the baby on youtube seemed could go away with that list and if health visited her or a GP or the midwife said “what were you doing you’re crazy”, “ what are you going to see Christian”  for that’s a load of rubbish.  She could go “Oh actually he gave me this”,  have a look all science-based.

So, now 20 years later I’ve collected so much science on the things that I do to help babies. This is a section where I’m just going to go through all this science that supports how I support a mum and baby.

If you’re a health professional this would be a pretty good section to start in because there’s the support in there for you to use when you’re helping babies as well.  So, have a look through this this section will be always growing and I’ll be adding new science into this section. 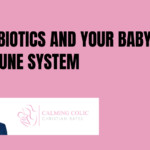 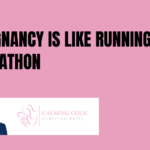