Vital research you should know!

Okay, So really amazing research, and when I read this I was like fantastic that is confirming everything that I was seeing everything that probably us. On the more natural side of health, my understanding has been seen and suspected.

This research showed that if a baby had antibiotics in the first week of life.  They could still find immune system alterations when they were one year old.  Okay, so,  as I was writing my book,  doing all this course, and seeing all these babies.

I started to realize a long time ago that what we were doing here was right. When your baby was born a few weeks of age it had significant future health effects.

It was improving the baby’s health later on in their life. Obviously, to have the research on that,  you have to spend the time and you have to have you have to know what happens at the birth.

Then you have to then check these babies one year,  two years, and five years later. So, the research is difficult to get because it’s such a long time where you have to check the rest of the stuff.

But this research did do blood tests of these babies when they were one and they found that the immune system was changed,  it was lowered,  it wasn’t as good.  They related that to these babies because they all had antibodies in the first week of life.

So, things like eczema, asthma, wheezing, they even checked colic,  there was a correlation, and there was more of that. At one year of age when they had antibiotics in their first year of life.

I’ve been saying this for a long time now if you know this. If you’re educated on this,  you will now know that you will want to repair your baby’s gut bacteria as soon as possible.

Get it set first few weeks of life or even when you’re carrying the baby,  you’re taking probiotics, and it’s getting through. The good bacteria is starting to get to the baby.

Then if you have antibiotics or a c-section and you get antibiotics at the c-section,  you know to repair that with the probiotics. Then,  now know that you are improving their immune system even when they are one year later.

So, you’re putting preventative measures in. So, this is a great tip if you or your baby have had antibiotics early on after they were born. 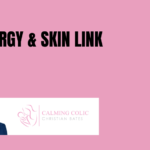 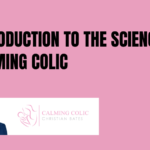 Introduction to the Science of Calming Colic