Routine to help your baby settle

Does a routine help?

So,  I had a chat today to a mum about routining the baby helping a baby sleep and the question was she was wondering whether she would need to get some expert professional in to help with the nights and getting there her baby to sleep better and her babies a few months old now. So,  not an infinite not newborn so,  it should be trying to sleep a bit better we’ve been treating the baby 2 for the sleep to help calm that baby down and the sleep has been getting better but the baby is suffering a bit of anxiety with the mum leaving the room and wakes up easily.

So I got into this whole the conversation about baby just being switched on and then the mum was wondering whether she should let the baby cry out a little bit now.  When a baby has had a traumatic delivery their nervous system is quite buzzy and they just they’re just on.

So,  in the night they wake up boom they’re awake if you just leave them now. They just escalate up into screaming and then they’re definitely not going to fall asleep so what we want to do is calm them down.

So, it’s like you can almost talk a bit of sense to them you can hear them stir leave them a little while and see if they self settle.  So,  Once the treatment has started to work or using the probiotics because they may have had antibiotics or something.

So,  their tummy is settled then they can then self settle and then you know that their system is able to calm into sleep now from here.  You can start doing a little bit of routining  and this isn’t letting them cry it out.

This is if you hear them stir just leave them a few minutes see if they can self settle if everything’s getting into place the nervous system has calm tummies better.  Then,  they may start to be able to self settle themselves put them back to sleep.

Then Eureka,  You got there so there’s a crossover at this point maybe that for many reasons the mum’s going straight in.  As soon as you hear them you got to go in and you want to settle them yourself because you don’t want them to wake another child or you don’t want them to escalate into screaming because if they’ve done that in the past but once you start putting things into place to help them.

Then,  you know that they’re okay.  You know that they’re not buzzy and jumpy and they’ve calm karma then you can wait for that self settling and that takes a little bit of discipline because you’re not going to run in and get to them straightaway immediately.

You won’t even a bit of time to settle but if they get beyond that and then they’re crying and wailing and things and of course, you go in because we’re not doing cry out we’re doing a little bit of patience and a bit of routining. So,  lots of mums babies sort sleep better if they’re just getting into a nice routine and again this routine is not letting them cry out and being rigid but it’s a kind of six o’clock bath,  little massage seven o’clock,  fee light out,   put them in bed.

So,  they get into that better routine and they know what’s going to happen and progress to go to sleep I find that that is really good a mum say that that has helped but try and understand this whole treatment and helping them better to switch off so they can self-set. On the opposite of that is these babies that would just jump in on and boom they’re awake or they barely set on get into a deep sleep.

They’re always buzzy those kind of babies they will be difficult to self.  So,  they won’t self settle so as soon as they’re awake bang they’re awake and they’re kicking off that is hard and that can be helped.

So,  you’re after this ability for them to self settle a bit of routine a bit of patience and then that habit gets broken about them wanting to just wail out and get you to come in you can break that habit a little bit by having them karma so they don’t even wake up in the first place. 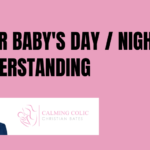 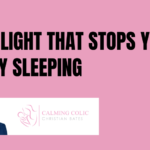 The light that stops your baby sleeping