This is usually better than you eat now

So,  in this video, I want to talk about how you ate when you were pregnant versus how you eat. Now you’ve had your babies now this I came about because a mum has said to me today she said: “I ate so well when I was pregnant and now all I eat is a load of s-h-i-t “.

So, I said to her you’re not alone, you’re tired,  you got a baby to look after. This tends to be how mums eat because snack foods that you’re grabbing all over the place do tend to be wheat sugary dairy.

It’s just come on it’s just how is unfortunate and so this is what I would think would be correct.  I’m very beneficial for you as a mum and your baby which is that you just paid as much attention to how you eat though you’ve had your baby.

As you did when you were carrying your baby.  Mum does so well for nine months when they’re pregnant you have such a strict list really of foods to avoid and because that baby is in you and you feel that you’re nourishing them with your food.

You do tend to eat really well and you do eat for two. That’s another story because eating for two can be eating quantity for two or it could be eating healthily to nourish the baby you’re carrying.

But obviously, that can really kind of swing once you’ve had your baby because all of a sudden no baby inside you no rules for eating really. So, back in come the blue cheeses you know the kind of delicious cheeses that you’ve been avoiding and yet they do have this profound effect.

Especially, if you’re breastfeeding or new milk and on your baby. This is a conversation I have daily with the mum and the baby today the baby was extremely windy.

But otherwise was actually it was good was quite settled but just huge amounts of wind. So, we discussed with mum and she wasn’t leasing so good.

She was eating a lot of wind-producing foods. But she said she ate so well when she was pregnant.

So, consider that even though your baby is now outside of you, you’re still in this partnership, this total bonding. I would just think of you and your baby as a unit,  as one person, and a unit.

The affection that in the science they call it. This sort of mother-baby dyad, there’s two of you and you’re just automatically bonded.

But think that nutritionally as well and how you look after yourself reflects onto the happiness and windiness of your baby. So, science shows that when you hold your baby, the baby starts to breathe at the same rate as you, and the temperature matches you hormone levels match you.

I mean this it’s totally amazing and opens the opportunity of you influencing your baby in a calm way and we’ll do another video on that. But the opposite is if you’re a bit tense you’re breathing fast because you’re stressed then your baby will pick up on that.

But we are talking about foods in this case if you are breastfeeding particularly then we do want you to look after your foods, as well as you, did when you’re pregnant because then you’ll have a massive influence on the windyness, the colic, and the reflux on your baby.

It definitely has an effect on your baby so to summarize perhaps look at your diet and eat as well. Now you’ve had your baby as you did when you were carrying your baby. 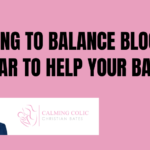 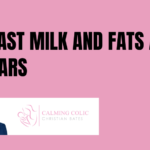