It could be amazing!

So, it’s always worth the change, okay, and I have to inform of these, that I would sort of creep towards with the ideal formula, okay. So, don’t worry about it. Be brave, go for it. Change it, okay.

Yes, you have to buy another formula. So, you have some money to spend there and it might not work, okay, but it’s not the biggest deal, okay. If it’s the wrong formula, yes, you will have a baby that has, it becomes more colicky or more constipated. But that’s it. If you’re watching this, they’re already upset, okay. So, yes, they might get more winds from that change of the formula but you can handle it, okay. It’s not going to make them irreversibly worse because you can just go back to the formula that you were on that they were better on but you might change to a formula that makes them loads better and loads happier.

There was even some research that I read and the conclusion was that the scientists thought it was better to rotate the formulas because then the baby got used to slightly different ingredients and you know their their digestion had to change a little bit to these different formulas and that was good for them because they were getting used to things.

If you think about breast milk, it’s different every feed because of the foods you’re eating so it’s very variable. So, it almost makes sense that you could vary all the formulas up so that baby’s digestion is changing and changing and adapting. So, I always say it’s worth the change if you’re moving towards probably Optimum comfort or HiPP or HiPP comfort. 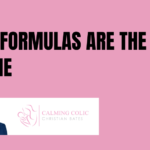 MYTH: All formulas are the same 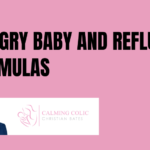