Hi. So in this video, I want to just clarify future health improvements for your baby.  Now, initially, when I started helping babies 20 years ago, it was all about the colic they had at that time. And the more I’ve been helping babies, I realized that this work we’re doing now in the first few weeks or months of their life is actually helping them in the future.

Now, I started to observe this and see how we were helping a baby later on because the longer I was working with the babies, I started to see the babies when they were older or not see them even just walking out on the street. Ah. How’s your child? Oh, my God.  They are 15 years old now.

They’re great when they’re two or three and they’re sleeping really nicely. And then I saw that the babies well,  the toddlers I was seeing, there were two and three who were not sleeping well. They hadn’t had any treatment before and we hadn’t looked after them as a baby.

But they still had these triggers from the delivery that would have given them colic then.  And then they didn’t sleep later. So I started to pick this pattern and think, yeah, we’re helping babies in the future.

Now, over 20 years down the line, there’s loads of research out that what I thought was true, because if, for example, you’re looking at changes in tummy bacteria which trigger colic, which comes from a tummy bacteria which triggers colic, which comes from a have more asthma, eczema, food allergies, and other intolerances.  So that has been studied to be a cause of those in future life.

That’s scientifically proven as well because we’ll get on to talking about using probiotics. And there is research showing that if you give them probiotics, babies have less of this when they’re older and they are healthier when they’re older. So it’s a really lovely thought that we are helping babies now, right now by all the stuff that we’re going to teach you in this course and that is helping their health in the future.

We can even go beyond that because, in the course, we’re going to help you look after yourself in this time when you don’t look after yourself very well because you’re looking after a baby. So you’re not eating right, you’re not sleeping right, you’re stressed. We’re going to look at all of that, help you eat better, help you be better, help your breast milk if you’re breastfeeding be better because you’re healthier and you’re feeding your baby more nutrition.

And we’re going to talk about nutrition and supplements, all that. So what I love about this is that all this work that we’re going to do now for you and your baby is giving them better health in the future. And there is science behind that. Thank you. 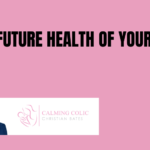 Intro: The future health of your baby 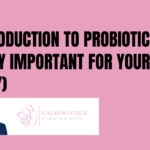 An introduction to probiotics