Does your baby curl up in a little ball or Little Frog all the time? Have a read about why this could be and also characteristics they have that can make them unhappy.

Let me tell you about the little frog baby birth type.  As a reminder,  I’ve kind of made these baby birth types up myself is a way of grouping babies together so I can get a better idea of how to help them or so you can so I can say to you have a little frog baby. Would you have a meerkat baby that’s stiff for them if we know this kind of group or pattern that they’re in from the delivery?

Then, they just get taken straight out and they just stay in the box they don’t get stretched out through the delivery so they’re kind of the ultimate little frog. A breech baby actually is the ultimate little vocal they’re like folded in half and if you’ve seen pictures of those or if you’ve had one yourself you’ll know what I’m talking about quite amazing how they fit in there so this little frog baby they don’t like laying on their back they’re all in a ball of this.

There’s a slight difference so at this little frog pure little frog from a planned c-section a c-section baby from an emergency c-section can be a combo they can be stiff at the top because they’ve got stuck and then the emergency c-section so their legs come froggy up. So,  you could have a baby that’s quite stiff in the neck which is a little maker but then they’re still doing froggy legs so I call that kind of combo baby.

So,  this is just a nice little introduction into a little frog baby and I will talk about them in lots of the other videos you just reference back and this is what I’m talking about. 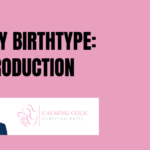 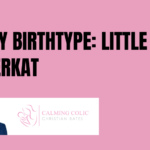